One of the exciting aspects of being a PhD student is knowing your working on research that can have a valuable impact, not only in academia, but hopefully in society as well. Dhana Kannan, a PhD student in International Business, is doing just that by contributing to our understanding of emerging markets.

Dhana is summing up her research on consumer xenocentrism in developing countries—a very interesting and relevant phenomenon within the International Business arena. Xenocentrism is a culturally based tendency to value other cultures more highly than one’s own; a behaviour that can materialize in a variety of different ways, such as a preference for foreign products or services. 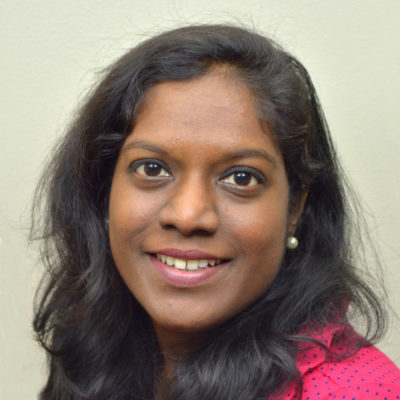 Dhana has over a decade of corporate experience in consumer behaviour, and it is where her passion for further understanding cross-cultural consumer behaviour developed. Growing up in India, and living in various places around the world, Dhana gained great insight into how cultures differ in their perceptions of consumerism and xenocentristic behaviour—the latter a phenomenon that isn’t well-understood in the developing nations. Dhana’s research, under the tutelage of Dr. Rojas-Méndez (Professor, Sprott School of Business), and fully funded by the Ontario Graduate Scholarship, will be a major contribution to the research and limited literature in this area. Her project is one of the largest studies of its kind on consumer xenocentrism, comprising robust data from four developing countries—India, Romania, Ecuador, and Kenya; nations that are exhibiting high economic growth and are becoming more prominent in the world economy—and are showing high levels of xenocentric behaviour.

What’s exciting is that through Dhana’s extensive research and data analyses, she is revealing the primary factors that lead to xenocentrism—the two strongest factors: status and peer pressure. Dhana has shown that consumers within her dataset aren’t objective purchasers; in other words, they don’t buy a product or service based on how the product performs, instead, they buy it based on how the product will improve their status in society, as well as among their close-knit cohort, such as family and friends. It’s a subjective preference for foreign products because foreign countries have the perception of having a “better way of life.” It’s a bit of a hybrid between the “grass is greener” and “keeping up with the Jones’” phenomena happening in these countries.

Further to this, those who had experienced international travel tended to exhibit a stronger sense of xenocentrism than those who had not, thus further fueling the idea that western culture is superior to one’s own. Moreover, through extensively delving into the history of xenocentrism and cross-pollinating anthropological and sociological theories, Dhana is showing that xenocentristic behaviour is a bit of a hangover of past philosophies—a colonial hangover in fact, and combined with a high power-index (societies that are very hierarchical in nature), these emerging markets are continuing to compare themselves against the western world, so anything domestic might never be good enough.

Dhana sees how her research is highly contributory to moving the knowledge forward on understanding emerging cultures and their purchasing behaviours as a result of xenocentrism, and her timing couldn’t be better.

“It’s vital that Canada recognizes the value of the world market, namely these emerging countries, where disposable income is on the rise, border and trade deals are shifting, and the fact that Canada relies so heavily on export to support economic growth. Canada needs to look to markets that are open to our products and services.”

Dhana is excited to see her research evolve as she expands her work to look at Canadians’ perspectives of American products—does xenocentrism happen in Canada too?