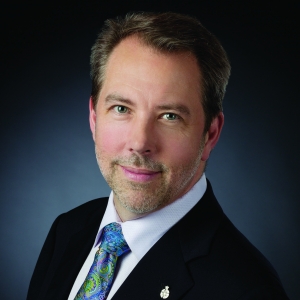 Julian Armour has distinguished himself over the past 25 years as a performing musician, arts administrator and artistic director. He is currently Artistic and Executive Director of one of Canada’s major cultural festivals, Music and Beyond. As well, he is Artistic Director of the Chamber Players of Canada, Principal Cellist of the chamber orchestra Thirteen Strings and teaches regularly at the University of Ottawa and Carleton University, offering courses in both music performance and arts administration. For six years, he served as President of Ottawa Festivals. He has served as President of the Friends of the Concert Hall, and is a voting member of the Canadian Music Centre. For two summers, he offered cello masterclasses at the renowned Orford Arts Centre. For thirteen years he was Artistic and Executive Director of the highly successful Ottawa Chamber Music Society, an organization that he founded in 1993. Under his direction, this organization won the Lieutenant Governor’s Award for the Arts, more than any organization in the history of this award. For two years he worked for one of Canada’s oldest and largest festivals, The Canadian Tulip Festival, serving as both Executive Director and programmer for their Celebridée series, Canada’s international festival of ideas, humanities and the arts.

Julian Armour is a graduate of McGill University where he was a student of the distinguished Canadian cellist, Walter Joachim. As well as music, his university majors included History, Economics and English Literature. After graduation, he continued his studies with some of the greatest cellists of our time including Janos Starker, Ralph Kirshbaum, Aldo Parisot and Leonard Rose. After university, he turned down a conducting assistantship in Toronto to work with Canada’s National Arts Centre Orchestra.

One of Canada’s most active cellists, he has performed throughout Canada and Europe and has been heard regularly on CBC Radio and Radio-Canada. As a chamber musician he has appeared in television broadcasts on CBC, CTV, PBS, EWTN and Vision TV. He has played in most of Canada’s concert halls and many in the United States and Europe. He has recorded over 30 CDs for many labels including Marquis, Crystal, ATMA, CMS Classics, CentreDiscs, SRI, CanSona, Studea Musica, NAXOS and CBC. His recordings regularly receive extensive critical acclaim. His seven most recent chamber music CD’s have all received the full five stars on the CBC show, Sound Advice. In 2014, his recording of Mozart with the Chamber Players of Canada was nominated for a Juno Award.

One of the country’s foremost experts on Canadian music, Julian Armour has programmed and performed works by over 400 different Canadian composers and premiered over 200 different works, most of which were written especially for him. He has a strong track record of attracting capacity audiences for contemporary music and has programmed over 30 full-concert tributes to individual composers. He has recorded works on CD by over 15 Canadian composers. He is a voting member of the Canadian Music Centre. As well, he has arranged over 100 works for chamber music groups, several of which have been broadcast on CBC Radio and Radio-Canada.

He is a regular guest at universities across Canada, including presenting lectures, playing concerts, teaching and serving as an examiner, from the undergraduate to the doctoral levels. He has taught courses in arts management at both the University of Ottawa and Carleton University’s Sprott School of Business. He currently teaches the course Managing the Arts at the Sprott School of Business.

Julian Armour was the subject of a full-length documentary on CBC radio and a half-hour documentary on the television series “Men of Music.” He participated in a four-part radio series with Eric Friesen on neglected masterpieces of chamber music. He has guest hosted several CBC Radio shows including Studio Sparks and This is My Music. He has written numerous articles for magazines and newspapers on music, the arts and urban living. As well, he has written program notes for many concerts and has written the CD booklet notes for seven recordings on the CBC, ATMA and CMS Classics labels.

He has performed with some of the greatest artists of our time including Kathleen Battle, Christopher Plummer, Menahem Pressler, Oliver Jones, Blue Rodeo, Sam Roberts, Maureen Forrester, Angela Hewitt and dozens of others.

Mr. Armour’s interest in promoting the arts in the Ottawa community led him to serve on the Arts Advisory Committee for the Regional Municipality of Ottawa-Carleton for three years. He regularly serves on numerous arts juries and advisory panels for the Canada Council, the Department of Canadian Heritage, the Ontario Arts Council, the Ontario Lottery Corporation and the City of Ottawa. He has also served on the Mayor’s Panel for Business and the Arts and on the board of Ottawa Tourism. Julian Armour was awarded the 2000 Victor Tolgesy Arts Award by the Council for the Arts in Ottawa, which recognizes the accomplishments of residents who have contributed substantially to enriching the cultural life in the city. In 1999, he was awarded the Community Foundation’s Investing in People Award, in recognition of the work he has done bringing classical music to new audiences. For two years, Ottawa Life Magazine named him one of Ottawa’s Top 50 Movers and Shakers. Julian Armour was named a Chevalier de l’Ordre des Arts et des Lettres in December 2002 by the Government of France for his contributions to music. In 2003, he was awarded the Meritorious Service Medal by Her Excellency the Right Honourable Adrienne Clarkson, Governor General and Commander-in-Chief of Canada. Julian Armour was chosen as “Arts Newsmaker of the Year” in January 2006 by the Ottawa Sun. In 2011 he was awarded the Friends of Canadian Music Award from the Canadian League of Composers and the Canadian Music Centre. In November 2018, he was inducted into the Order of Ottawa.

He is married to violist Guylaine Lemaire and is the proud father of four boys: Francis, Pascal, Mathis and Philippe.