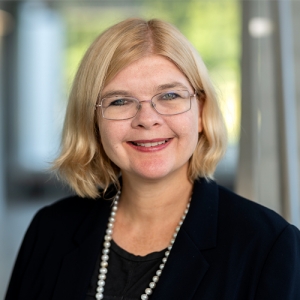 Dana Brown was appointed Dean of Carleton University’s Sprott School of Business for a five year term commencing on July 1, 2019.

In addition to experience working in academic institutions, Dana has also worked in business and with a number of new start-ups, including Amazon.com in its early years. She has helped to establish a number of active learning initiatives for entrepreneurs, and has a particular interest in social entrepreneurship and its impact on local economic development. Dana is a member of the governing body of the Vedica Scholars Program for Women in New Delhi, India and works on educational and social enterprise development for Warm Heart Worldwide in Phrao, Thailand. From 2007-2019, Dana worked as an adviser and member of the selection committee for the Alfa Fellowship Program in Russia. She was a founding board member of the Leicester Business Festival Community Interest Company.

Dana holds a BA in Political Science from Rutgers University, an M.Phil. in Russian and East European Studies from Oxford University, and a PhD in Political Science from Massachusetts Institute of Technology (MIT). She won a Rhodes Scholarship to attend Oxford in 1994. Dana has trained as an Executive Coach with Meyler Campbell in London and has incorporated coaching into her role as a manager and into MBA and executive education curricula.