“We all have the ability to change things, let’s change them for the better,” Greg Fergus, Member of Parliament (Hull—Aylmer) and the founder and chair of the Canadian Caucus of Black Parliamentarians told attendees at a workshop on October 1.

How to Be a Better Ally was the first event of a new Equity and Inclusive Communities (EIC) series at Carleton University’s Sprott School of Business, which is organized in partnership with the Sprott Business Students’ Society (SBSS). 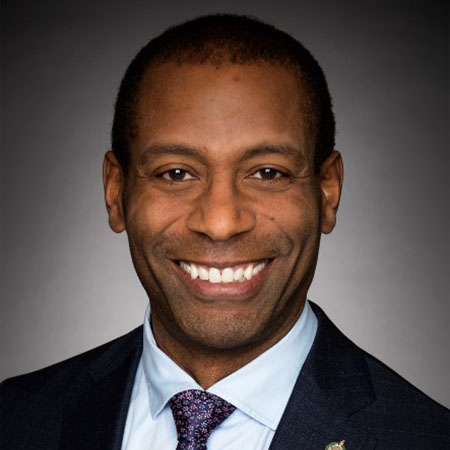 Greg Fergus, Member of Parliament for Hull—Aylmer, spoke to attendees about how they can be better allies at the first event of a new Equity and Inclusive Communities (EIC) series at Carleton University’s Sprott School of Business.

Fergus spoke about the racism which many minorities face every single day and how tragedies earlier this year served as a wakeup call to the society at large about this reality.

“We all saw what racism can do, in full colour and graphically, through the videos that appeared late May, early June,” he said. “We all know that racism is a bad thing, but I think we all saw, quite clearly, that racism kills.”

He explained that this led to many individuals wanting to combat racism and support those who experience it, but also realizing that they didn’t know the best ways to do either.

“There was a lot of reflection that was going on and we knew – as a Black parliamentarian and as chair of the parliamentary black caucus – that despite the fact that we were feeling so terribly burdened and low and damaged by seeing those videos – those videos which really said that ‘we don’t count; we don’t matter’ – we knew that we had to play a role to provide an opportunity for [individuals] to understand how they can play a supportive role. How they can work on overcoming unconscious bias, systemic discrimination and anti-Black racism.”

He advised attendees that becoming an ally to those who face discrimination is not an easy process. It requires a lot of introspection and challenging one’s own biases. As an example, he asked attendees to consider why, more often than not, it is assumed that Black people are good at sports, especially basketball, as opposed to academics? Or why do groups of Black teenagers make people more weary than a group of white teens?

“To address unconscious bias, it requires uncomfortable conversations,” Fergus said. “How did we get to that point? What went into our thinking that led us to that type of unconscious bias?”

“When you ask yourself that question, sometimes it really introduces some very difficult conversations. The conversations will not be convenient, they will not be easy. We have to come to terms with the things we’ve really been bound to.”

He urged everyone in a position of leadership to always ask themselves “who is around the table?” when making a decision, planning an event or creating a product. And more importantly, ask who isn’t around the table. If there are groups not represented, he advised reaching out to members and inviting their participation.

Fergus asked students to look at the leadership of organizations examine how effectively minorities are represented there, and to ask why if they are not. He emphasized that diversity among leadership is not only a feel-good thing to do, but it also makes good economic sense. He mentioned a study from the University of Toronto which showed companies that had more diversity among managers were more profitable than those that did not.

He also reminded everyone that equality is not going to be achieved overnight, and that change takes time. And, citing the women’s movement and the struggles of Indigenous Peoples, he insisted that we all need to keep working at it and having difficult conversations.

“I want you not to be paralyzed by the state of things as they are today.”

He concluded his talk by commending the organizers for recognizing and undertaking this as an issue at a time which is challenging for students and universities alike.

“I can only imagine what you’re going through,” he said. “But the fact, that in spite of all those difficulties, you still chose to consider this important enough to deal with gives me great comfort, gives me great hope – and it encourages me to know that Carleton again is at the forefront with leaders who are going to change the world.”

This event was just the beginning of conversations about equity and inclusivity at the Sprott School of Business.

The Sprott Business Students’ Society partnered with the Sprott School of Business to launch this new series, and Emily Buchkowsky, the president of SBSS, hopes to see events address advocacy and inclusion next.

“‘Sprott Love’ is a simple phrase that is well-known in the Sprott community. I believe that Sprott Love is knowing how to support all of your peers while spreading a sense of community,” said Emily Buchkowsky, SBSS president and Bachelor of Commerce student.  “I think that by having conversations like this one, we are taking one small step to learn how we can better support one another here at Sprott and the greater Carleton community.”

“We hope to host a minimum of two more EIC events this year. I think these events should continue to educate students further while encouraging more conversations amongst the Sprott community. Some topics that I hope these events address in the future are advocacy and inclusion because I think that there is always something that can be learned about both of these topics.”

Rick Colbourne, the assistant dean of equity and inclusive communities at the Sprott School of Business, says that EIC at Sprott “is going to be built from the ground up” instead of being “driven from the top down”.

Rick Colbourne, Sprott’s assistant dean of equity and inclusive communities, agrees. He says that such conversations are central to having diversity across an institution and plans to involve all members of the Sprott community in creating a more inclusive school.

“At Sprott, EIC is going to be built from the ground up. It’s not going to be driven from the top down,” Colbourne said. “It’s going to be all about action. Not just to measure – not just to have policies. But to start doing things.’

“I’m really excited for where Sprott is headed. Everything that we’re thinking about is really important. Ultimately we’re shifting our focus to community and empathy – and how do we do that from the perspective of a business school.”

Employees and their Leaders: Relationship Matters

Employees and their Leaders: Relationship Matters

Jade Han is one of the Sprott School’s PhD students who, like most, are extremely busy researching and publishing and looking forward to graduating. Jade knew early on that she... More 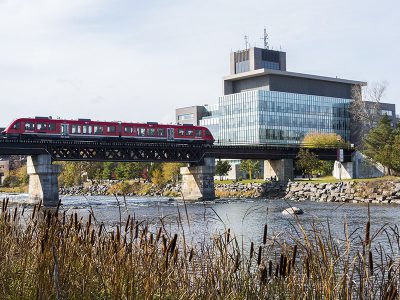 Tunisia is a small, but beautiful country located at the very north of Africa, bordering on the Mediterranean Sea. It may not be a well-known country, but it is a... More

Thirteen years since its launch, the Sprott Student Investment Fund has reached new heights and is now managing financial assets of over $1.5 million. Launched in 2007 with a seed... More