From March 1-6, four Sprott School of Business students competed, and finished third, against schools from around the world in the renowned NIBS Worldwide Case Competition.

Bachelor of Commerce students and members of Sprott Competes – the school’s elite case competition program – Blake Leclair, Katelyne Clackett, Steven Nader, and Ty Murphy started their training in October of last year.  Under the guidance of their coach and Sprott professor Linda Schweitzer they spent many hours honing their case cracking and presentation skills.

The journey officially began with a virtual qualifying round in November and culminated with a semi-final appearance at Heilbronn University in Germany.

“This experience was not like anything I have ever done before,” Katelyne said. “I was able to travel internationally for the first time in my life and experience another culture first hand.”

“The competition was tough but fair, and I learned many invaluable lessons from not only the judging panel but also the students whom I made friends with.”

While Blake added that the experience was “incredible” and “one of the best” he’s ever had.

Organized by the Network of International Business Schools (NIBS), the competition is designed to be a test of problem-solving ability, business acumen, cultural insight, communication skills, and teamwork – according to their website. The competition began with the remote qualifying round in November which was open to schools around the world, following which just 16 teams qualified for the championship round.

Once at Heilbronn, the competition was executed by dividing up the teams into four pools for a round-robin, and then teams went head-to-head within each pool. Teams presented, judges deliberated on whose was the best, and then 11 points were distributed between the two competing teams. The top-two teams from each pool made it to the finals.

“The experience is very unique,” Ty said. “As NIBS brings the brightest business students from around the world to compete in a week long competition. While it a great opportunity to apply what we have learned in the classroom to a real world, competitive environment that mimics consulting pitches, it’s also a fantastic way to make worldwide connections with other students from different countries.”

Beyond the team’s impressive result, Linda also won an award. She gained recognition as the most inspiring coach at NIBS.

“Seeing Linda be recognized as the most inspiring coach at NIBS 2020 was a top highlight for the team and myself,” Ty added. “As she pushed us each day to be better, and be a strong support during the competition for the four of us. She found time to go above and beyond and assist a team whose coach could not make the competition.” 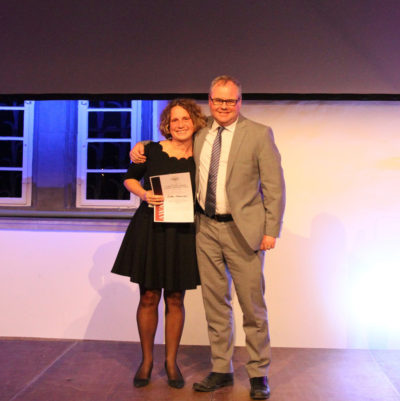 Blake, Katelyne, Steven, and Ty were also of one mind about what the best part of the competition was: “Getting to meet people and make friends across the world,” as Steven put it.

Linda was very proud about the team and the competition, and said that the “combination of the high-level learning that they do and then the experience of going and working under pressure, and improving under pressure, as well as experiencing another country, another culture, and having fun while they’re there,” is the best part of NIBS for the team.

“They’re a very happy team. Good fun to be with and it was a very well-organized competition. The hosts were great and overall was quite a positive experience.”

Dear Sprott Colleagues and Students, As we settle into our second week of remote working, learning, teaching and living, we are realizing that this is, as our President says, our... More

The Common Approach: Making the world a better place through the power of numbers

The Common Approach: Making the world a better place through the power of numbers

You may not meet a more enthusiastic or passionate accountant than Kate Ruff. She is so passionate about accounting that she not only thinks “it’s the coolest invention of humanity”,... More

The Sprott School of Business is committed to providing uninterrupted services and support to our students. Our helpful student advisors continue to provide academic and career support to Sprott students.... More

Dear Students, We realize that COVID-19 is a source of concern among all of our students, and we understand that some of you may feel that it is best to... More