Creating unity in ways once unimaginable: Sexual harassment in the workplace

“Incredible feats of bravery and ingenuity have liberated many people around the world, creating unity in ways once unimaginable.” – Author Unknown 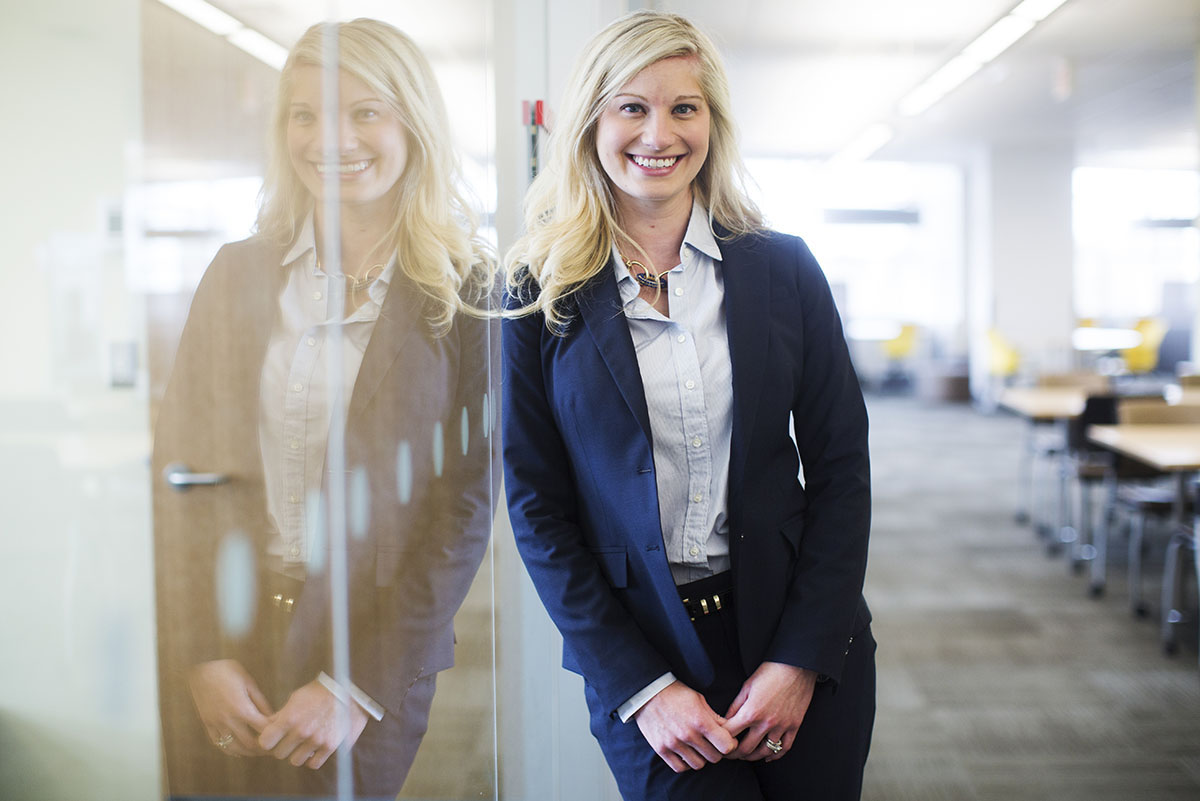 Even in the 21st century, with all the advancements that humans have made over time, from space exploration to artificial intelligence, we still have a persistent, sobering, and prevalent issue in our “modern” society—one that plagues the workplace and seeps into our personal lives. The mistreatment of women and men through sexual harassment and sexual misconduct in the workplace.

Although a complicated issue with a long history, the social systems currently in place still privilege certain types of men (e.g., white, heterosexual), and when said systems are “threatened” (e.g., when women or effeminate men exercise power) there is motivation to oppose—sexual harassment is a tool that is used to do this.

But, there is hope…meet Angela Dionisi. She is an Assistant Professor of Management at the Sprott School of Business. She is a woman fighting for change and she is exactly what we need. As a true visionary with passion, dedication, and the academic acumen to boot, she is doing highly relevant research in the areas of sexual harassment and gender issues, and with her contributions there is no doubt we will see the revolution of equality and the eradication of mistreatment happen—she is sure to create unity in ways that are imaginable.

Dionisi understands that the complex issues around sexual harassment and aggression in the workplace need a multi-pronged approach. Everyone has a responsibility to help mitigate sexual harassment—from leaders of companies, to parents at home. “The norms and attitudes that have prevailed for centuries when it comes to gender, gender roles, and the treatment of men versus women, must be challenged and dismantled. Organizations need to be creating cultures of inclusivity and respect.” 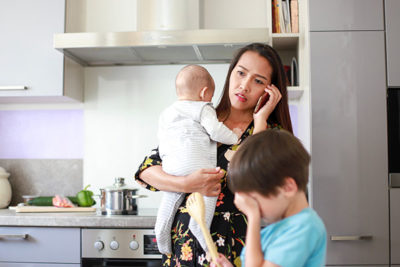 To do this, Dionisi examines the varied psychological, physical, and job-related consequences of forms of this mistreatment—harm that can be felt by several different parties. “There are many people affected by just one person being mistreated. The reach of this issue is staggering.” Dionisi is particularly interested in understudied victim populations such as the sexual harassment of men, and bystanders of sexual and gender harassment. Further to this, one of her newer areas of study is exploring how mistreatment can span the boundaries of one’s work and personal life (e.g., how sexual harassment can impact one’s romantic partner).

A testament to the significance of her research, Dionisi was awarded both a 2019 Carleton University Research Achievement Award, as well as a SSHRC Insight Development Grant. These awards will be used to support a collection of projects aimed at examining the intersection between workplace sexual harassment and the family.

This is a very exciting and emergent path for Dionisi and the aim of this noteworthy research will be to present and explore a whole new perspective on sexual harassment, its effects and its prevention. One of the areas Dionisi is particularly interested in is the role parents could play in helping to combat sexual harassment via how they socialize their children. This study will “explore what lessons parents are teaching their children about sexual harassment, and by extension, whether the messages being communicated to youths who will one day occupy our workplaces, are ones that could encourage or counteract this social problem.”

Another research area of note, and one that sees an inevitable integration into the current sphere of sexual harassment, is Dionisi’s research on leadership. She is exploring the predictors of destructive leadership behaviour—in particular, looking at how and why leaders often squander their opportunities to foster greatness in others, and instead behave in ways that discourage and harm their employees. She’s interested in the personal factors or experiences that might compel leaders to behave destructively; for example, stressful dynamics in one’s home life, like excessive childcare responsibilities or romantic relationship conflict. 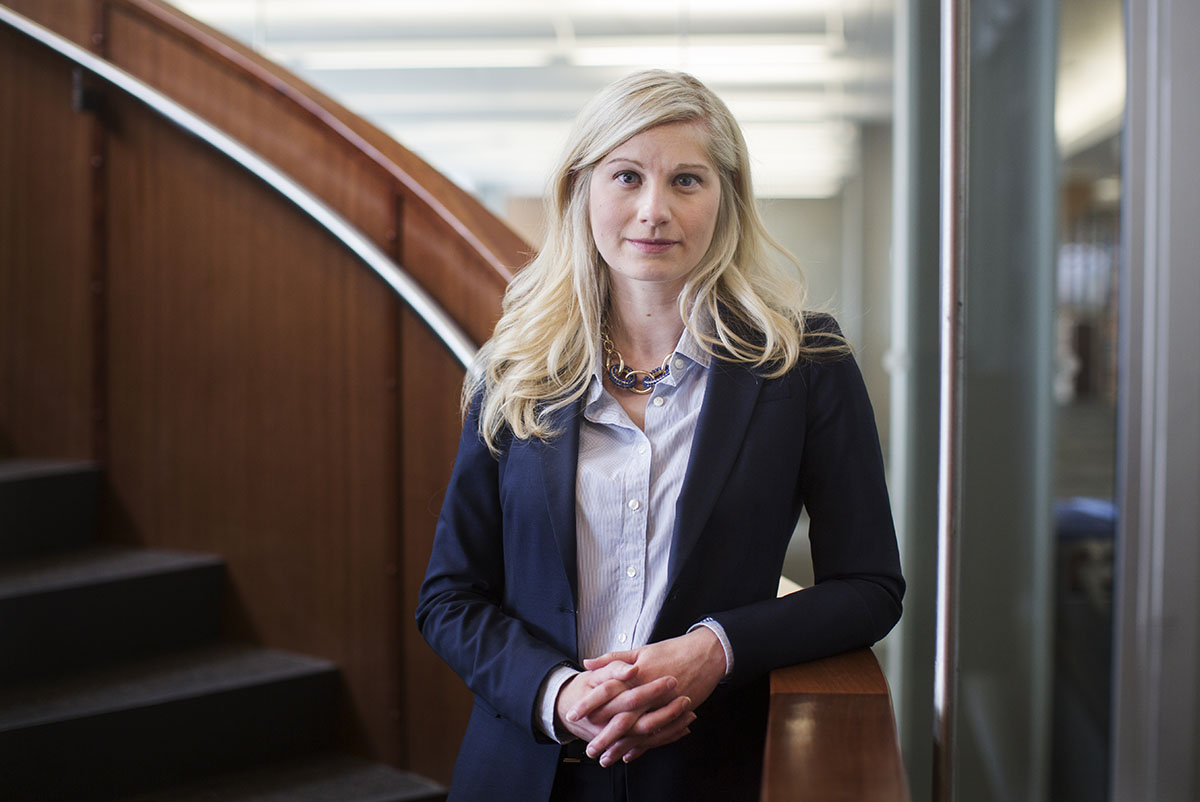 From very early on in Dionisi’s academic journey, she knew she wanted to be part of something bigger—to be part of a solution aimed at shifting societal values, norms, and attitudes around gender, marginalization, and associated dynamics of human behavior. How she was going to do this wasn’t quite clear at first, not until she was awakened to the world of academia during her undergraduate schooling in sociology. It was while sitting in one of those huge lecture halls with five hundred students, that Dionisi had that first touch of excitement; that moment where she knew that this—academia—felt right. Dionisi went on to earn her MSc, then a PhD, both in Organizational Behaviour, and there was no looking back. Dionisi knew that devoting her life to research and teaching would allow her to not only learn about the areas she was passionate about, but it would also provide a means by which she could be an impetus for change.

Today, Dionisi is clearly doing just that. She is a highly awarded scholar with numerous notable publications in her field, a highly respected expert contributing to the development of major government policies (such as the Canadian Senate Policy on Prevention and Resolution of Harassment in the Workplace), and is routinely sought-out by the media and public interest groups to speak about her research. Moreover, she is an expert contributor for Psychology Today with articles that educate and inform readers under the title: “(Un)Well at Work: Exploring factors that can help and hinder your well-being, happiness, and success on the job.”

With a genuine, kind heart, Dionisi is clearly, and fortunately, at the forefront of change, conducting significant research to propel humankind into the next century—one where equality, respect, and love prevail; and where Dionisi is “creating unity in ways once unimaginable.”