When I first moved to Germany, one of the most frustrating things for me was speaking German to someone and them replying to me in English. At first it felt rude, like they were in a way saying that my German wasn’t very good.

To be fair maybe my German wasn’t very good in September, at least to German standards. It was disheartening though; I was really trying to speak German with locals and I felt like I got shot down every time I tried. In some instances, like at the bank or the foreigner’s office, I did prefer to speak English to avoid any serious miscommunications, but in almost every other circumstance I really wanted to practice.

Thinking about it now, maybe Berlin wasn’t the best choice to practice my German; it’s the capital city with a very large young demographic, almost everyone speaks English. You could easily live in Berlin and only ever speak English, learning a German phrase only here and there. If I lived in a smaller German town, I would have been forced to speak more German as locals tend to speak less English. As they say, hindsight is 20/20 but I don’t regret moving to Berlin. 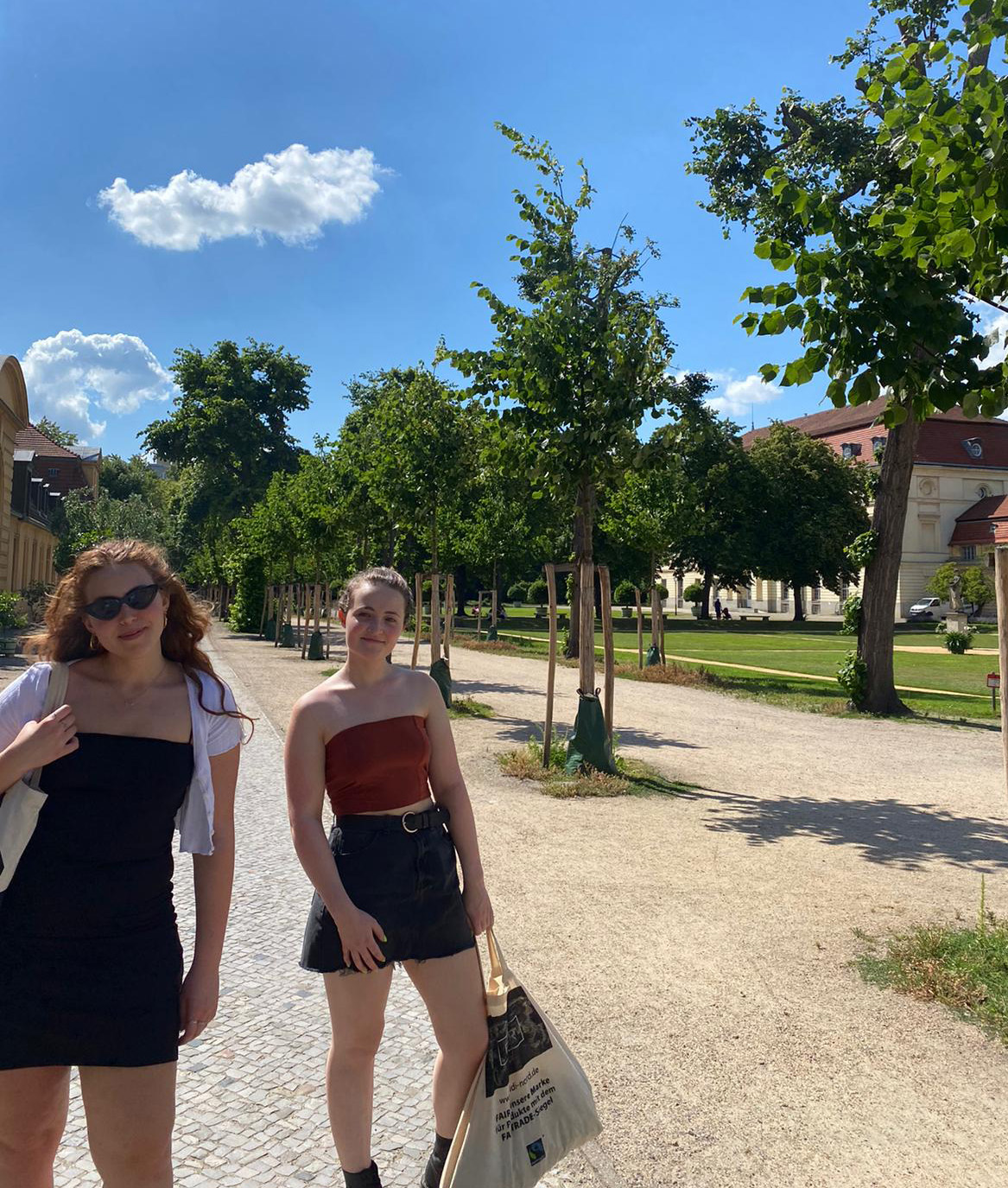 German may be hard but we’re all learning together!

Since I felt like I wasn’t getting enough practice out in the world, I turned to my electronics to German. I know it’s a controversial topic, but I prefer captions on while I watch Netflix so I changed my captions to German. I attribute a large portion of the new vocabulary I’ve learned this year to German captions. There are so many small words and phrases that are used that I had never even heard before, and now they are a part of my everyday language.

I also changed the language on my phone to German, and it has certainly had a bit of a learning curve to it. At first it felt like I was using my phone based on muscle memory alone, most of the vocabulary used in apps and in the operating system were unfamiliar to me but eventually I just got used to it: although I do still often get confused.

I also try to consume some German social media, and I was surprised by how quickly I started following along. I think it’s because on social media I already have a basic understanding of the topics they talk about, so it’s not like I’m learning everything from the beginning. If I could make any recommendations to people learning a language, these have been a huge help to me and I wish I had done them sooner! 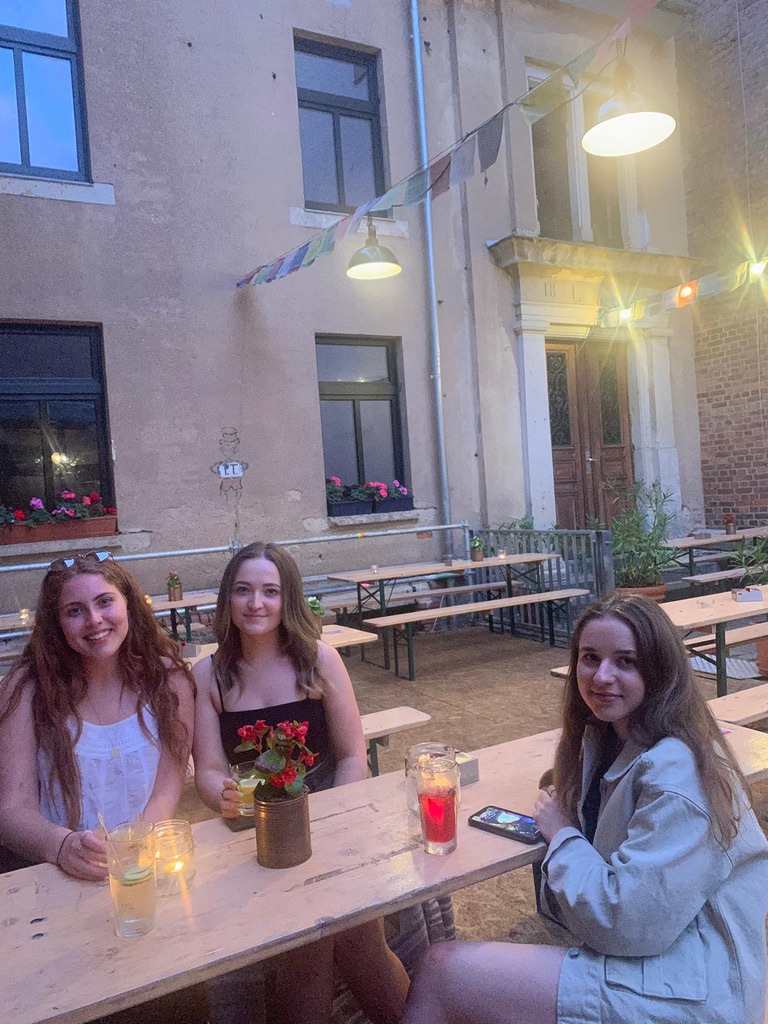 A few nice get-togethers since the easing of restrictions

I’ve also felt it has been fairly difficult to practice the language as my friends in Berlin are all also exchange students, and our lingua franca has been English. In my day-to-day life I speak almost solely English, in my classes at university, and with my friends outside of school, but there are a few situations where I can practice German. In stores, cafés, and restaurants I speak German, and less often now do people respond in English.

There have been a few situations where I spoke a lot of German: Oktoberfest in the Fall, and Karneval in February. These were both very large events full of German speakers, where talking to strangers is half of the fun. I surprised even myself at these events: I was able to follow along in conversations really easily and able to respond and keep the dialogue going. The events were also so much fun, I’m so grateful that I got to go to them! 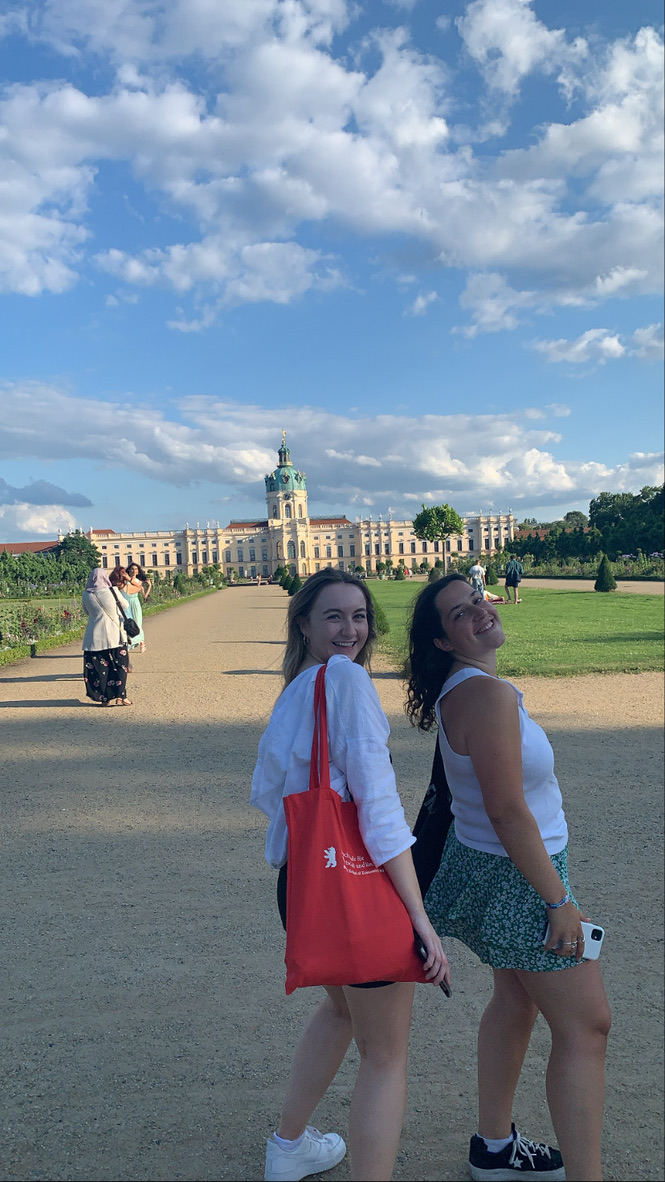 In the late Fall, after comparing my experiences with my peers, I realized maybe people weren’t trying to inadvertently criticize my German by responding to me in English.

I thought about it and I began to wonder if they were actually trying to do me a favour by speaking English? Writing this now in June, I can’t help but think of it any other way. If I sounded like I was struggling to speak in German, I’m sure people were just trying to help by speaking in English. I’ve noticed recently though how seldom it happens now, and I can’t help but be a little proud of myself.

I have really tried to improve my German language and work on my accent, to try to sound more local. It’s weird to think about considering we’ve been in lockdown for the majority of the last three months, but I feel like I’ve had a breakthrough with my language skills. I’m not even entirely sure why but I feel more confident when I speak German and I think this comes across when I talk to people. Overall, I’m very proud of how far I’ve come with my German language skills, and I really hope to be able to continue using it in the future.

Lauren is a third-year Bachelor of International Business (BIB) student studying (and quarantining) abroad in Germany.