40 years of a journey: Darrell Herauf retires from the Sprott School of Business

From being “a shy little farm boy from Saskatchewan who didn’t say ‘boo’ in class” to becoming a beloved professor, Darrell Herauf has had quite a career. And, after four decades of educating and mentoring future accountants, he is hanging up his hat. 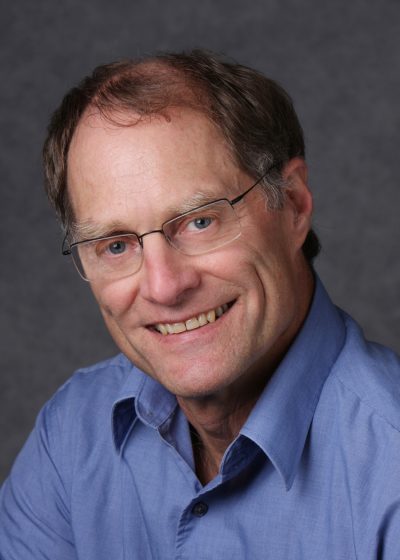 Darrell started teaching accounting at Carleton University in 1979, and after four decades he is hanging up his hat.

When asked what his favourite part was, he simply said “watching the light go on”.

Darrell started teaching accounting at Carleton University in 1979, even though teaching was the “last thing” he ever imagined himself doing. And, it all started from a conversation with his brother that summer.

After graduating from the University of Saskatchewan in 1976, he had landed a staff accountant position with Ernst & Young in Calgary “which was a dream come true.” Then two years into his career, he decided to take a nearly year-long trip to Europe and came back in May of ’79. And, that is when his brother asked: “what are you going to do now?”.

So, his brother suggested teaching and the rest, as they say, is history.

“I applied to seven universities and got accepted to six,” Darrell said. “I guess those three years of working and travelling had made me more confident.”

“I joined Carleton University and taught for almost the rest of my life.”

He taught full-time for two years, and then stayed on as a sessional instructor for the next three as he headed back to EY, this time in Ottawa. He later joined Canada Post as they started their transition from a government department to a Crown corporation because they “wanted to have more private sector mentality” within their ranks.

Then one day in 1984, he got a call from Carleton University asking him to come back full-time as another faculty member had fallen ill and they wanted Darrell to take over his course load in the winter.

“It was a godsend,” said Darrell, who at the time was ready to move on from Canada Post.

“I came back when my son was born. He was born on January 1st and that was the date I came back in 1985,” he said. “It’s the best thing that ever happened to me.”

“I love teaching, I love interacting with students. I really loved what I did.”

Through this time, Darrell continued to grow professionally. In 1980, he started teaching for the Institute of Chartered Accountants of Ontario’s (ICAO) summer program – which all CA students from across the province had to attend – and continued to do so for over 30 years. And, he became a marker for the Certified General Accountants Association, then became a Certified General Accountant (CGA) in 1988 and around the same time became the national examiner for them – a job he did for 25 years. He also became the first instructor to receive confirmation at the School (the equivalent for tenure for those who are heavily involved in their industry as opposed to faculty members with PhDs who conduct research in their fields).

Over the years, Darrell Herauf helped the Sprott School of Business grow from “a small, mainly accounting, school” to the global institution it is today.

Another of his career achievements has been co-authoring Modern Advanced Accounting in Canada, which is the market-leading advanced financial accounting textbook in the country.

Over the years, Darrell enjoyed watching and helping the Sprott School of Business grow from “a small, mainly accounting, school” housed on the third floor of Patterson Hall, to the global business school it is today.

Jacques Maurice, the director of the Master of Accounting program and accounting teaching area coordinator at Sprott, describes Darrell as a quiet leader.

“In meetings he’s sitting there quietly and listening. He thinks things through very, very thoroughly. Then throws out the obvious at us,” said Jacques.

“He forces us to land and brings us where we need to be.”

Now, as Darrell sets out to write his next chapter where he’s planning on volunteering, mentoring accountants, travelling, biking, playing more hockey and spending time with his family, he won’t leave Sprott entirely.

“I want to remain connected to the school and continue to see my former students for the rest of my life.”

He also had some advice for his past students and all students who will make their way through Sprott in the coming years.

“Anytime you’re at a crossroads, be open-minded to whatever may come your way and give it full consideration. Don’t close any doors before you’ve considered your options. And, be prepared for the unexpected and something that you could never have imagined doing.”

Daniel Gulanowski is all about synergy—working together to make real change in the world. He strongly believes the best way to foster change is to work together and build collaborations,... More

Excellence in international business: A second global accreditation extended for the Sprott School of Business

Excellence in international business: A second global accreditation extended for the Sprott School of Business

Congratulations! The Sprott School of Business Celebrates 25 Years of the PhD in Management Program

Congratulations! The Sprott School of Business Celebrates 25 Years of the PhD in Management Program

Time gives us perspective. It allows us to reflect on the significance of the past, how to be present in the now, and imagine the future. As the Sprott School... More

Today Corporate Knights magazine released its 18th annual Better World MBA Ranking, which ranks global MBA programs on the degree to which sustainability and responsible management are integrated into the... More