As Carleton University students head to campus for the fall term, the new president of the Sprott Business Students’ Society (SBSS) is ramping up for the 2019-2020 academic year. Zara Shah is a third-year Bachelor of Commerce (BCom) student from the United Kingdom, with a concentration in finance and accounting. Her involvement in SBSS during her early years at Carleton’s Sprott School of Business have helped her land her current role. 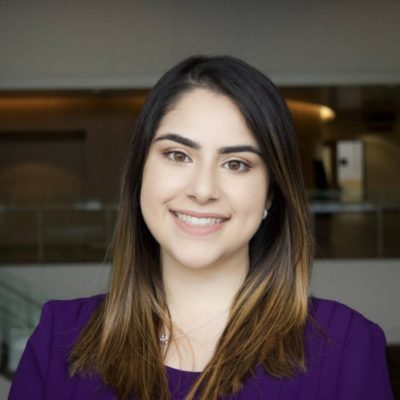 “I got involved right in my first year,” said Zara. “I remember watching the SBSS presentation during Sprott’s orientation week, Sprosh, and I applied for the first year representative role. At the time it was quite a new role, and that was exciting to me. I got to sit in on executive meetings, which was very rewarding. It gave me an appreciation for how much work goes into SBSS events, and I saw the executives as my mentors.”

In her second year, Zara was hired as the Corporate Relations Director for SBSS. She was responsible for finding sponsorship opportunities and maintaining relationships with existing sponsors. Through speaking to professionals, writing emails, and attending events, she was able to build on her time management and networking skills. Following a reassuring chat with the previous SBSS president, Hannah Di Virgilio, Zara decided to run for presidency.

“After working with students and with professionals outside of Carleton, I realized that I wanted to give other students the same opportunities that I had been given,” said Zara. “I wanted students to realize how much SBSS has to offer during their time at university.”

The three main pillars of the SBSS offerings are academic, professional, and social development. With a variety of academic workshops, case cracking competitions and networking opportunities, Zara is hoping to bring in some new activities in the upcoming school year, with a focus on professional development.

“This year, I really want to bring more diverse events to SBSS,” said Zara. “Not only in the sense of multiculturalism, but I want there to be more opportunities for students to network and develop professional skills through workshops.”

“Being a part of SBSS is really something special. It’s not just an academic club; it’s not just an opportunity to network – it’s much more than that. If you’re interested in playing sports, come play flag football. If you want to give back to the community, join us for 5 Days for the Homeless. It’s a great way to get to know people in the Sprott community, and to come together to work towards personal goals.”

For new or returning students looking to get involved, there are many opportunities to make connections and meet members of SBSS, especially during the first few weeks of school.

“We have a big presence during Sprosh Week, so first year students can come by and see us during Expo Carleton, the Canal Games, or during Academic Orientation,” said Zara. “For current students, we encourage you to come by our office in 719 Dunton Tower during our office hours from Monday to Thursday, 10 a.m. to 6 p.m. Anybody is welcome to come in speak to us about getting involved, purchase SBSS merchandise, or just hang out and study. Social media is a good way to reach us as well, but it’s really great to make in-person connections and see friendly faces. We also have a student mentorship program that is great for students who are looking to get more involved, but would like some extra guidance.”

When Zara isn’t in class or busy running SBSS activities, she spends her time baking and cake decorating, or traveling around Canada.

“I love to bake,” said Zara. “I remember doing it with my mom when I was a kid, and it was always the decorating that I enjoyed. I even won a few cake competitions when I was younger. I definitely see baking as my therapy time and my escape from the everyday routine. I also love to travel. I’ve travelled to Banff, Jasper, Vancouver, and Quebec City – I really love Alberta, it’s beautiful. Since coming to Canada, I’ve really tried to travel as much as I can within the country, seeing as I’d never been here before.”

When it comes to getting involved with student clubs at Sprott, Zara’s advice is to not be afraid to take that first step and just go for it.

“The earlier you start getting involved, the better it is,” said Zara. “It’s just so rewarding. Even if it’s just going to one event, or coming to the office to say hello. A lot of students begin to realize in their third or fourth year that they haven’t gotten involved, so my advice would be to just go for it in your early years. Come to the SBSS Banquet in your first year – that’s what I did. Get all of the nerves out of the way. Once the nerves are gone, each year gets easier and easier. Take that first step, and see what you are capable of. You’ll surprise yourself!”

Originally posted on Instagram, Zara introduces herself and mentions some of the ways students can get involved.

Student Blogs/Alexa in Chile Well, I have officially returned home to Canada after my 10 month exchange in Chile! This has been a year packed full of learning about myself... More

Carleton University’s Centre for Research and Education on Women and Work (CREWW) has broadened its research scope to the inclusion of under-represented populations at work. To reflect this expanded focus,... More

Sprott researchers Isaac Otchere and Sana Mohsni have received SSHRC Engage funding in partnership with the Insurance Bureau of Canada. The one-year project will explore the effects of Directors &... More