Originally published in the Ottawa Citizen 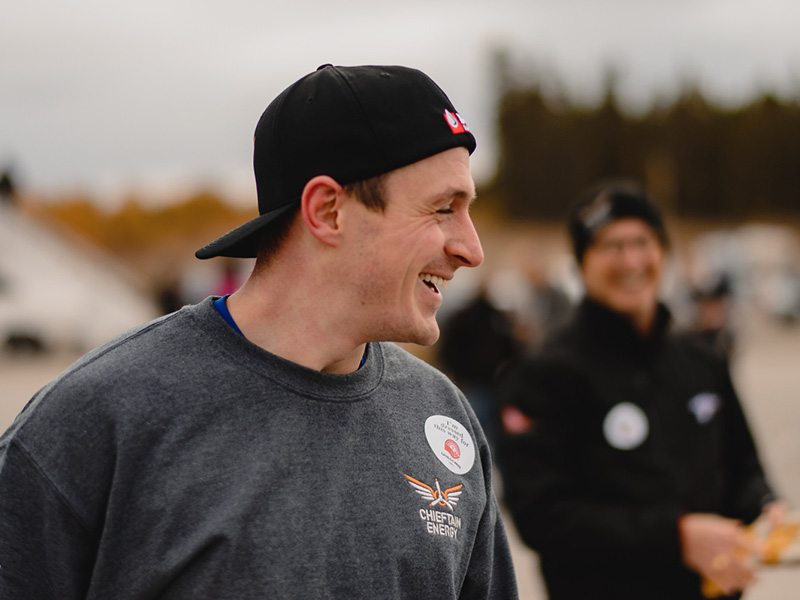 With no road access, the remote Yukon community of Old Crow, inhabited by the Vuntut Gwitchin First Nation, receives its fuel supply quarterly. It is an operation headed by Chieftain Energy that involves transporting fuel up the Dempster Highway to Fort McPherson, N.W.T., where it is flown to the community. Founded by Carleton University’s Sprott School of Business alum Ben Ryan, Chieftain, a subsidiary of Air North, is a partnership between seven First Nations and Air North. Its goal is to offer the region a local energy supply option that delivers a better product and service, as well as greater community benefits.

The benefits of marrying commercial interest and positive impact became obvious to Ryan while he was studying at Sprott, where students are taught the important role organizations play in adding value to the community.

“In today’s digital world, stakeholders can form an opinion very quickly through online research,” says Ryan. “This poses a threat to corporations that don’t excel in terms of social impact and along similar lines, but it also provides an opportunity to corporations that are motivated to work beyond profit-driven measures of success.”

So, when Ryan launched Chieftain in 2014, he did so with the belief that the single biggest driver of growth and advancement in the Yukon over the next 20 years will be First Nation economic participation. And, while it made incredible business sense to partner with First Nation development corporations, it also served the common good.

“It seemed to us like a great opportunity to create an investment vehicle where multiple investors could work together alongside one another,” he says. “There aren’t too many examples of companies that have been able to incorporate more than a few First Nation investors into one partnership, but our vision is to align numerous partners who share a common need for a safe, reliable and affordable energy supply.”

Interestingly, because Sprott’s good business approach is all encompassing, the school has recently created a new faculty position in Indigenous management, for which it is currently hiring.

Linda Schweitzer is Sprott’s interim dean. She says — given Carleton’s location on the traditional territories of the Algonquin nation as well as the importance of contributing to and integrating Indigenous knowledge into the learning environment — the position will require the faculty member to engage in scholarly research in the area of Indigenous leadership and management and to spearhead curricular initiatives related to developing curriculum and helping Sprott embed Indigenous perspectives into its programs.

“The Sprott School of Business prides itself in contributing to the development of global, caring, aware citizens,” says Schweitzer. “The understanding of Indigenous knowledge and cultures is a critical part of that journey. We currently have no experts in this field. We are looking to build capacity in this area and need someone to lead us.”

It is this type of approach to finding strong, relevant leadership at all levels of Sprott’s operations, says Ryan, that also played a major role in his studies and solidified the significance of good business. He says while his interactions with teachers and mentors were academic, it was their character and ethics that made a lasting impact.

“It kind of ties back to social business because the thing about mentors is that, yes, they are smart, successful and skilled but a lot of what they bring to the table is character and that’s what motivates,” he says. “Good business is also about making time for people. I was a pest in asking a lot of questions but many of my professors were more than willing to help push me and feed me new info, which says a lot about who they are and how business is taught at Sprott.”

For more information on the Sprott School of Business, including an overview of programs and a list of upcoming events, visit https://sprott.carleton.ca