From corporate restructuring to corporate governance: A passion for taking chances

Isaac Otchere is an academic visionary who frequently branches outside of his comfort zone to explore topical issues. Although an expert in finance, his research program consists of a diverse range of topics, with an overarching construct of highlighting the moderating factors that affect corporate performance. In fact, much of his research is cutting edge and has significant policy and social implications.

Otchere has dedicated his life to continual learning and exploring new research frontiers. After completing his first degree in Accounting and a Chartered Accountant designation in Ghana, his homeland, he returned to academia and earned two master’s degrees—in Public Administration and in Management Studies (Finance). It was then that he developed a passion for both finance and academia, and after earning his PhD in Finance, he continued his career in academia where he has been a mainstay for the past 20 years. Today, his research program is robust, diverse and continues to cross-pollinate from early work on corporate restructuring to current work on corporate governance.

As an early academic, Otchere recognized the increased popularity of privatization of state-owned enterprises around the world. As such, he directed his research to highlight the effects on both the performance and fiscal success of privatized firms, as well as how the competitors of privatized firms fare in comparison—recognizing that no detailed analysis had been done to ascertain these outcomes before. The findings from his research revealed that not only is privatization good for a firm, but it allows the now private firm to outperform its competitors by a significant margin. As a testament to the value of this research to industry, Otchere was honoured with an invitation by the World Bank to speak about this work—only four years into his academic career.

From privatization to mergers and acquisitions, the evolution of Otchere’s research led to a SSHRC grant that looked at the impact of foreign takeovers on the competitiveness of Canadian firms and the national economy, with a special look into the effects on employment. Otchere recognized the scarcity of research and concrete evidence that comprehensively analyzed the implications of foreign takeovers on the Canadian economy. Mentoring and collaborating with one of his PhD students, their research examined post-acquisition performance outcomes of firms involved in foreign takeovers as compared to those involved in domestic acquisitions. They found that employee productivity and efficiency of Canadian firms improved significantly following the takeover. Moreover, cross-border acquisitions of Canadian firms generated significant improvement in profitability, productively, and efficiencies— as well as an increase in national GDP overall (as compared to domestic takeovers). Highly notable, their research was one of the few to contribute to this area in Canada.

The continued evolution of Otchere’s research from restructuring to corporate governance led him, along with his PhD students, to examine topical issues such as the effects of political connections on corporate risk-taking behaviour and performance of politically connected firms and their competitors. They find that the connected firms take higher risks, whereas the non-connected rivals become more conservative in their risk-taking efforts—research that is highly influential to corporate decision-making when assessing the costs and benefits of developing political ties.

With a 2019 Statistics Canada report indicating that women hold less than 20 percent of positions on boards, Otchere’s joint research with his colleague on board gender diversity is highly relevant and significant. More than ever, boards in Canada are under increasing pressure from key stakeholders and the public to improve their gender diversity practices, particularly since the 2014 Ontario Government’s disclosure policy regarding transparency and accountability of women on boards. And although women have earned roles as heads of companies and on boards over the past two decades, it is clear there remains a problematic gender gap. Otchere’s research seeks to deepen our understanding of women board members’ performance by examining the moderating role that culture plays on the risk taking behaviour of women in these leadership positions. In some cultures, girls have much fewer limitations placed on them and therefore have a greater opportunity in fostering their potential, as compared to girls raised in some developing countries. Specifically, his research aims to enhance our understanding of the extent to which cultural differences affect female executives’ risk-taking propensity and performance level. The findings from this research could have a significant influence on transforming policies and cultural archetypes in emerging economies. 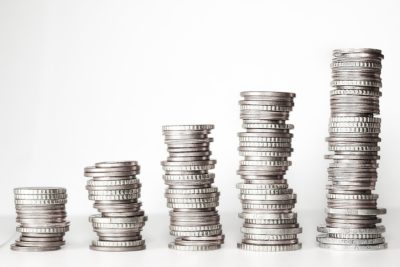 Otchere’s research continues to cross-pollinate and another research venture sees him collaborating with a fellow Sprott faculty member to examine the efficacy of Ontario’s Salary Disclosure Act, and its by-product, the publication of the Sunshine List—a listing that discloses the salaries and benefits earned each year by all public sector employees who earned $100K a year or more. Since the Act was put in place in 1996, there has been no systematic analyses done to see if it has achieved its original objective of keeping the growth in public sector employee wages at bay. Their research will investigate the effects of publishing of the Sunshine List on morale and productively of the named employees—the first research to shed light on the impact and value of this infamous list.

Otchere has an eclectic mixture of research projects that are driven by his passion for taking chances and exploring issues outside of his comfort zone. His research program is a thriving pedagogy for young minds that have a love for higher learning. From accounting, to finance, to teaching, to research and mentoring, it was from his first glimpse into the world of academia that he knew it was where he wanted to be, and 20 years later, he has proven it is truly where he belongs.

The Sprott School of Business and SBSS host conversation on white privilege in the world...