Business excellence with a side of social responsibility

Originally published in The Globe and Mail 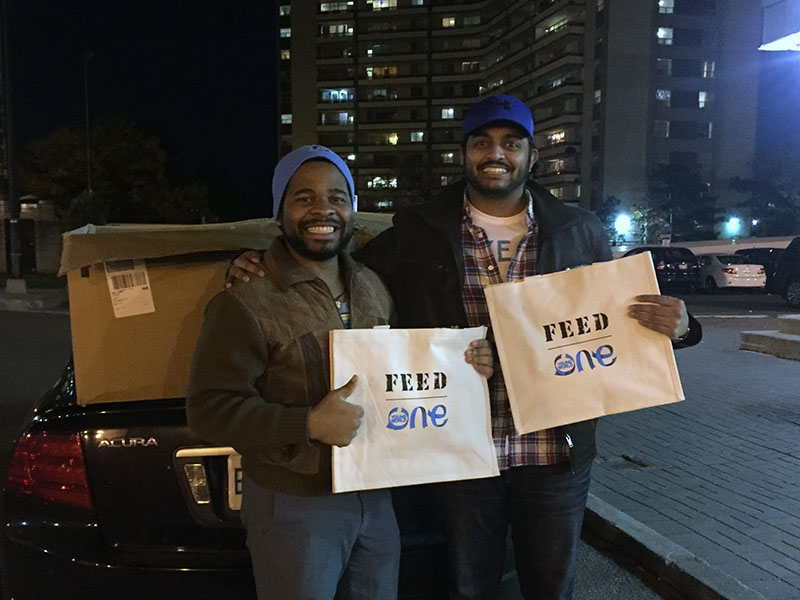 A degree from Carleton University’s Sprott School of Business helped Heruka Kumararatne (at right, with Joannes Paulus Yimbesalu) excel in his career. It also inspired him to help those in need.

Heruka Kumararatne has a job he loves, and he says his time at Carleton University’s Sprott School of Business gave him the confidence to go for it.

Kumararatne is an audit manager focused on the tech sector at KPMG in Ottawa. It’s a job he got because he decided, against the odds, to submit his resume to the firm in his second year in the hopes of attending a leadership program retreat.

“All the four [largest accounting] firms have a leadership program and they pick the top of the top and take you on a retreat,” says Kumararatne, who attended Sprott from 2009 to 2013. “It’s a way to groom [future employees].”

Kumararatne thought if he went to Sprott’s Business Career Management Centre and polished his resume, he would have a shot at applying for the KPMG retreat. His classmate, “the smartest guy in the class,” tried to talk him out of it, saying that these firms take very few students from across the country.

But after working with Sprott’s career coordinators and revising his resume several times, Kumararatne got the self-assurance to apply anyway.

While he didn’t get in, he was one of the top two finalists that year in his region. Getting acquainted with the recruiters led to a rare co-op opportunity with KPMG his third year at Sprott. (The accounting firm hired only four co-op students that year from Carleton.)

When he graduated in 2013 with a bachelor of commerce, Kumararatne was hired at KPMG, starting as a staff accountant and quickly moving up the career ladder.

But for all his business success, Kumararatne’s pursuits extend beyond his work with the firm. Kumararatne also volunteers with the World Economic Forum’s Global Shapers Community and One Young World. These two global organizations bring together young people from across the globe, empowering them to make change in areas like poverty, sustainable development and inclusivity.

Kumararatne says both his career achievements and his keen sense of global responsibility came from attending a business school that encouraged him to take on many roles with a diverse group of students. Kumararatne was a member of the Sprott Business Student Society, the Sprott Accounting Student Association and Enactus, an entrepreneurship association that did projects around financial literacy. He also worked as a teaching assistant in international finance and calculus and mentored younger students. 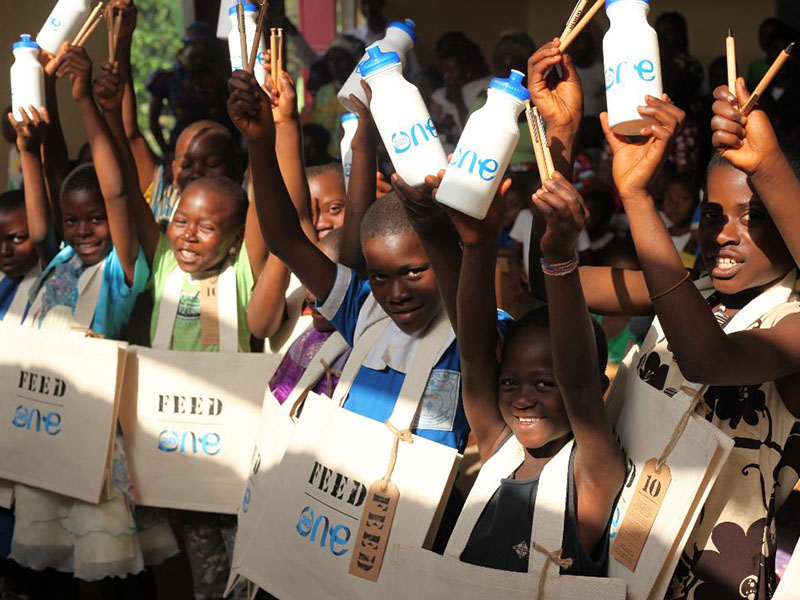 Sprott alumnus Heruka Kumararatne works with Hope for Children Cameroon to get unused conference materials to students in Cameroon.

Another highlight of Kumararatne’s time at Sprott was taking part in a Carleton team working on the U.S. Department of Energy Solar Decathalon, which challenges university students to build the most energy-efficient homes possible.

“I think a lot of [getting hired at KPMG was] that I tried to be a well-rounded student, and Sprott allowed me to do that,” he says.

Linda Schweitzer, dean of the Sprott School of Business, says Kumararatne is typical of the kind of students she sees.

“That’s the message I try to get across – we [offer] a high-quality business education. Our students get great jobs on Bay Street, for hedge funds. We have a great accounting program,” she says. “What we seem to have as well is a culture of doing good on top of all that. Our students tend to be quite socially conscious.”

While numerous instructors come from academia, says Schweitzer, others have had substantial business careers and are now giving back. Many Sprott professors also foster a sense of volunteering and mentoring. For example, Sprott has a competition program in which teams create business cases and travel around the world to present them. Schweitzer says many instructors and alumni routinely take a week off work to travel with the students they have been coaching to places like Guatemala.

Much of the current academic research done by professors at Sprott has a socially-conscious angle to it, says Schweitzer, such as research investigating mental health in business, or the impact of social enterprise. She says the courses and volunteer opportunities at Sprott reflect its core values: connected, caring and creative.

“It’s what we are interested in, and our students reflect that,” says Schweitzer.

Kumararatne says the skills he learned at Sprott have helped him immeasurably in his career. But you can have a career in business while caring about global issues, he notes.

“I think it’s very possible to do both.”

One experience in particular at Sprott had a lasting impact on Kumararatne.

In his fourth year, he was chosen to be part of the Mindtrust Leadership Development Program, which was created by Ottawa industry leaders to provide leadership lessons to local university students.

“It was a really cool experience,” Kumararatne says. “It teaches you management skills, but with real world experience.”

Two years after participating in the program, Kumararatne found out about leadership forum One Young World through one of the Mindtrust leaders, Ottawa entrepreneur and community activist Manu Sharma. The organization asked Kumararatne to join Ottawa Mayor Jim Watson as part of a delegation to Bangkok in 2015.

“The goal is to give young leaders a better understanding of social issues in the world, and take action to try to solve some of these problems,” he says.

This experience had a lasting impression on Kumararatne. The next year, he helped organize the Ottawa conference and got KPMG involved, as well.

At that summit, he met a speaker from Cameroon, Joannes Paulus Yimbesalu, founder and CEO of foundation Hope for Children Cameroon and a Queen’s Young Leader (selected by Britain’s Queen Elizabeth II). Yimbesalu asked Kumararatne out of the blue: “What do you guys do with those pens?”— meaning the pens that were handed out as conference swag. Through his foundation, Yimbesalu had just started up a school in Cameroon, and he said the children were in desperate need of supplies. So Kumararatne and his colleague collected up four boxes from the summit and sent them to the school.

Since then, Yimbesalu and Kumararatne have been working with the Shaw Centre, a major convention venue in Ottawa, to ensure that unused conference materials are sent on to countries in need.

“It just shows that with some correspondence, you can change a life,” he says. “It’s the power of connection and the power of being more socially conscious. It doesn’t take much effort.”