Ben Ryan (BCom/12) had a unique passion outside of university, for he spent his summers during university working as a commercial pilot, flying in the Yukon, NWT, Alaska, and Haida Gwaii, a group of islands off British Columbia’s West Coast. After graduation, he went to the University of Oxford to obtain an MSc in Financial Economics, which he planned to apply to a career in finance; however, he quickly realized that the big city life was not his calling, so he returned to the Yukon with hopes of applying himself in the community. 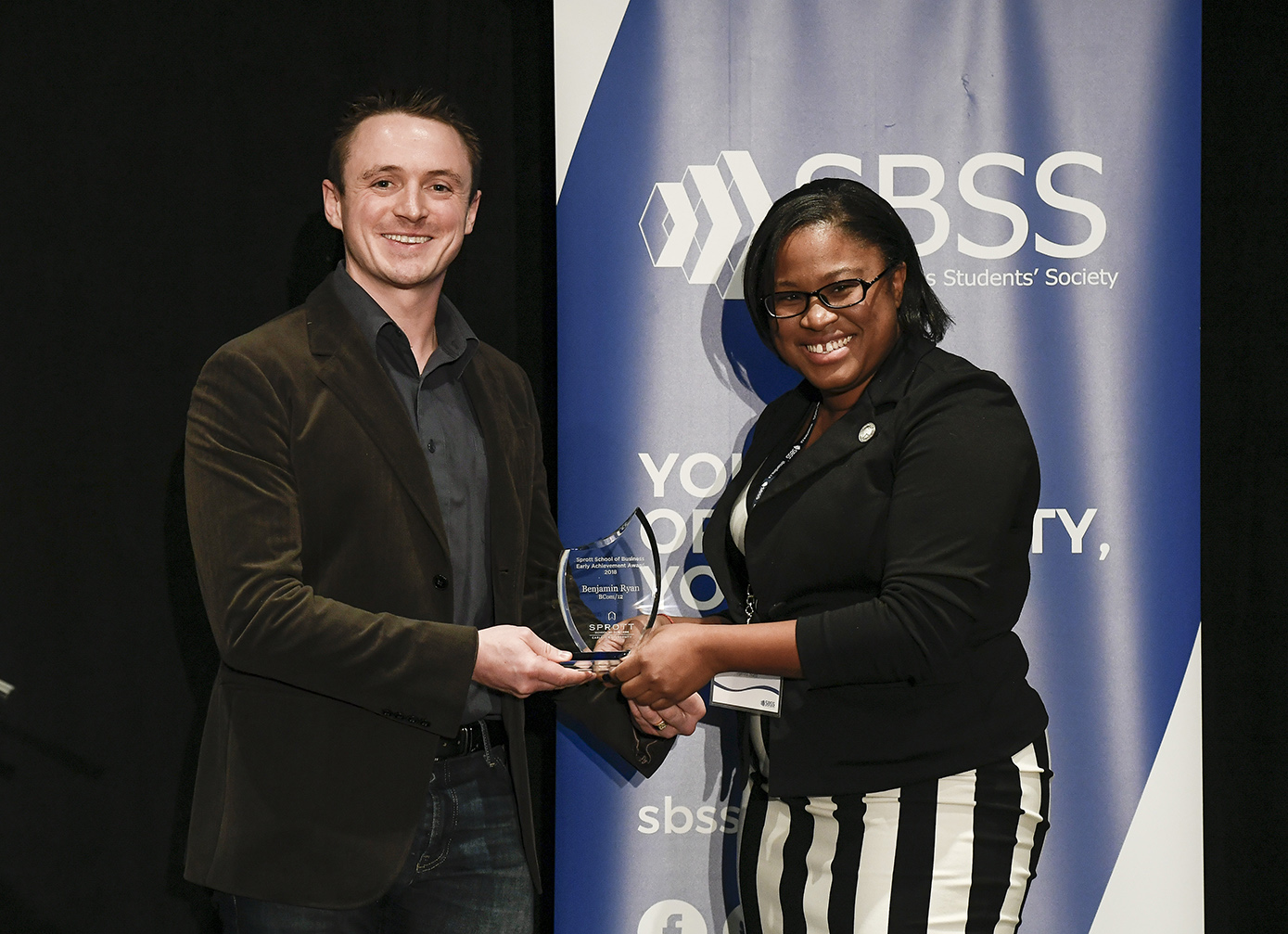 Ben’s family has deep roots in the Yukon. His great grandparents, John Olaf and Kristina Erickson purchased the Regina Hotel in 1925, and the hotel stayed in the family for 72 years. Ben’s grandmother Gudrun grew up in the hotel, and later ran the hotel before selling it in 1997. Ben’s grandfather, Joe Sr. was an entrepreneur involved in numerous energy ventures in the Yukon, Alaska, and British Columbia and also played a key role in the construction of the Alaska Highway. Following their lead, Ben’s father Joe Jr. (BSc/72) co-founded Air North in 1977.

When it came to choosing Sprott, Ben admits that he chose to follow in his father’s footsteps and didn’t know much about Carleton or Ottawa when he first arrived. “But it ended up being one of the best decisions I ever made,” he says.

While at the Sprott School of Business, Ben got involved with the Sprott Student Investment Fund, an investment portfolio actively managed by a select group of top finance students. Through the Fund, Ben participated in the Global Investment Research Challenge in Toronto, where he did an in-depth analysis of a renewable energy company. Ben’s interest in finance and energy led him to pursue his master’s degree, where he did a thesis on financial applications in the energy sector, which ultimately inspired him to propose the creation of Chieftain Energy.

“After I finished my master’s degree I was very focused on finance. So initially I did a forensic analysis of Air North’s business and our costs, and I identified that fuel was our number one cost. We realized that we’re actually one of the most sustainable importers of fuel in the North, based on our volumes and steady ratable demand,” said Ben.

He went on to explain that because there isn’t a supply of fuel produced in the North, fuel needs to be shipped or trucked to the Yukon, with most of it being barged into Alaska from Washington State and trucked into the Yukon from there.

“The bottom line is we realized we have a distinct advantage in fuel procurement and we have a need to control that and to become more sustainable and economical with respect to fuel. The thing that we realized, collectively the Yukon First Nations, of which there are 14, are also major consumers of energy with a lot of community energy problems. So the vision was to create a company that connected Air North with the 14 self-governing First Nations in the Yukon in order to create a local, sustainable energy business.”

This led to the creation of Chieftain Energy, a subsidiary of Air North, in 2014. Chieftain Energy is a partnership between seven First Nations and Air North. Ben is the president and CEO of the company. He also works as the Chief Commercial Officer for Air North, helping the airline reach the next level, especially in terms of customer experience and technology.

“It is definitely an honour and very exciting for me in terms of timing,” Ben said about winning the award. “It has been a few years since I left Ottawa. I have a lot of fun memories and there are a lot of great people who have had a huge impact on my success, development and quality of life. So it’s really exciting for me to be able to go back to Ottawa to except this award and see a lot of my friends, former classmates, faculty and people that have had a big impact on me along the way.”

One of the experiences at Carleton that has left its mark on Ben was working with the Carleton Ravens basketball team. He was one of the team managers of the Ravens team for three years during his studies.

“My advice to anyone who just graduated is to try to build good habits in situations when you are uncomfortable. If you don’t have a boss you like or you’re not happy with what you’re working on right away, try to build good habits to help you overcome that adversity as opposed to getting stuck in feeling negative or being unhappy with where are you are at. It’s more about finding a system and outlook and a way of doing things that can help you persevere and move on to the next milestone. That is definitely a mentality that Carleton basketball cultivated and I think that is a big reason for my success.”

Another memorable experience was participating in the John Molson Undergraduate Case Competition (JMUCC). “Working in a close group under pressure at JMUCC was a great experience for me, and looking back it is a lot closer to what my business career has been like since I left school. More and more I realize how teamwork and communication end up mattering so much in business and in life.”