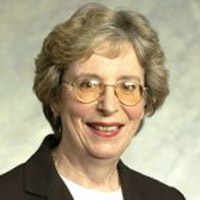 Maria Barrados is the former President of the Public Service Commission of Canada (2003-2011) and is currently a partner in the consulting firm, Barrados Inc.

From 1993-2003, Maria served as the Assistant Auditor General in the Office of the Auditor General of Canada. She joined the department in 1985 and held a number of management positions. Prior to this, Maria held senior positions in the Education Support Branch of the Secretary of State for the Government of Canada and Atomic Energy of Canada Limited.

In addition to serving on the Sprott Advisory Board, Maria also volunteers as Chair of Accreditation Canada International. She is a member of the advisory boards for the Salvation Army, the Confucius Institute at Carleton University and is a member of the Executive of the Rothwell Heights Community Association.

Ms. Basia Ruta was appointed as an Executive-in-Residence at the Sprott Business School effective February 1, 2016. She assumes this post while also continuing her consulting work which she began in April 2015. Prior to that, Ms. Ruta held various positions in the public sector. Most recently she was appointed as British Columbia’s first ever Auditor General for Local Government. She held that position from January 2013 to March 2015. From 2006 to 2013, Ms. Ruta was an Assistant Deputy Minister and Chief Financial Officer at Environment Canada. Her work at Environment Canada also included two years on interchange with the then Canadian Institute of Chartered Accountants. Her work at CICA focused on assurance standard setting.

Ms. Ruta’s career in the public service is broad and spans over 31 years. She joined the Office of the Auditor General of Canada in 1984 where after 10 years, she achieved the position of Principal, Audit Operations. She led a number of audits addressing public accounts, financial management, risk management, operations, governance, alternative delivery structures and grants and contributions.

In 2000, Ms. Ruta became Director General, Corporate Planning, Governance and Balanced Scorecard with the then Canada Customs and Revenue Agency. In the spring of 2003, Ms. Ruta was appointed Acting Deputy Assistant Commissioner, Customs. As part of that role, she oversaw a broad spectrum of border/trade operations which also included leading key components of the transition to the new Canada Border Services Agency.

In 2004, Ms. Ruta was appointed Assistant Comptroller General – Internal Audit. Among her key achievements was developing a new Policy on Internal Audit that was viewed as transforming internal audit across government, and leading edge for governments world-wide.

Ms. Ruta obtained a Bachelor of Commerce degree (B.Comm.), Honours (Spec. Accounting) from the University of Ottawa. She is also a member of the Ontario and British Columbia Chartered Professional Accountants. She received her chartered accountant designation in 1983.