France at a Glance

Being surrounded by people who are so eager to travel the world as I have been for the last two years in the BIB program, it astounded me to learn that only 65% of the Canadian population has a passport. It is still higher than that of our American neighbours at 35%. I had just kind of always assumed a passport was as imperative as a driver’s license or health insurance. Travelling has been something I have just needed to do for as long as I can remember. My parents have both been a part of the corporate world at some point in their careers and their stories of people they have met and places they’ve seen – even if was only a three-day conference in Paris or one-night trip to St. John’s – sparked this need to create stories of my own.

I’ve been in France for a little over two weeks at this point and, in all honesty, I’m still wondering if it’s hit me yet. Perhaps it’s because I’m still living in a westernized country and while the small details of social norms are different (one time I told a French cashier to “keep the change” because I couldn’t be bothered for the 20 cents and she looked at me like I had seven heads and mumbled at me, absolutely disgusted, in French – still don’t know why), there was no huge shift in standard or modes of living. 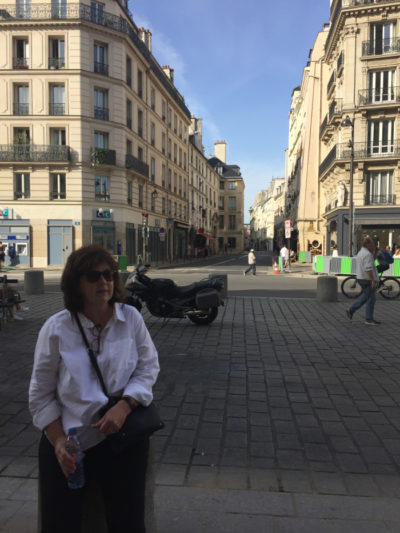 While the integration was relatively seamless, I will admit to being emotional my first few days here. I was lucky enough to have my mom here to help with the transition. Most of the time I was entirely wrapped up in the excitement of this change. It was so lovely to have her here during my weaker moments. Shout out to you, ma.

Being so new to all of this leaves me feeling rather unqualified, but I thought with each blog post I might include a few tips or specific pieces of “wisdom” (I take myself way too seriously) for anyone reading this who is hoping to do an exchange in France, travel around Europe, or study at Université Jean Moulin Lyon III. So, some advice collected after the first weeks of being here, I give you this edition of Cinq Tips by Cinq-Mars (in case you slept through French class, cinq means five).