June was a busy month. For many exchange students this meant that school was wrapping up which includes: exams, final presentations, and goodbyes. For me, however, June was defined as a frantic month trying to sort out my living situation.

When I moved to Chile, I was taken in by a family with whom I lived for my first semester. They had told me that by early July they were moving to Scotland so their daughter could begin university there; this would leave me needing to find accommodations for the next semester – ideally well before they left. Unfortunately, my proactive search for new lodging wasn’t so proactive, and before I knew it the mother informed me that I had just over a week before it was time to clear the apartment.

Upon learning that it was time to pack my bags and move out, I most certainly wasn’t prepared for the adventures that were to come. I did not have a place to stay, my inter-semester vacations were not yet finalized, and I did not know how that would impact my housing search. Lastly, I was preparing for a presentation on the Venezuela Oil/ Economic Crisis in Spanish. Needless to say, I may have bitten off more than I could chew.

Fortunately, I have spectacular friends, many of whom offered to help!

Two German students I met here at FEN told me that they had a spare bedroom where I could live. The only downside was that they were returning to Germany in a mere two weeks. Although this meant that I was still going to need to find accommodations for at least a week as I still needed to finish my exams, I recognized that their offer was probably the best I was going to find. I happily took them up on their offer and with the help of the other Carleton students here, I moved out of my apartment.

My time living with my German friends went by far too quickly. Living with them was remarkably easy and best of all, fun. Jacob and Juliane, could not have been nicer people and nicer “landlords.” In all my time with them, I never felt out of place nor as though I was intruding. Settling in, they were quick to included me in their routine. Rather than having to buy my own groceries, cook my own food, and do my own laundry, everything was done together. Well, depending on how you define ‘together’. It was a little more one-sided than I may make it out to sound. The two of them would not only buy groceries for dinner, they would prepare dinner for all three of us. Their kindness did not end there. They would repeatedly refuse my attempt to contribute toward groceries and/or cleaning. The same goes towards laundry. While it was remarkably nice of them, I wanted- rather I needed- to give back. They had already done so much for me by allowing me to stay with them that I sincerely wanted to reciprocate as best I could.  Taking matters into my own hands, I would go buy groceries for dinner, pick up some beer, and cook dinner before they had time to tell say no. For the short two weeks I was living with them, I am forever grateful. They are two outstanding individuals who did more for me than I think they realize. It was a stressful time leading up to my moving in with them, yet once with them, they seemed to make all my problems go away. 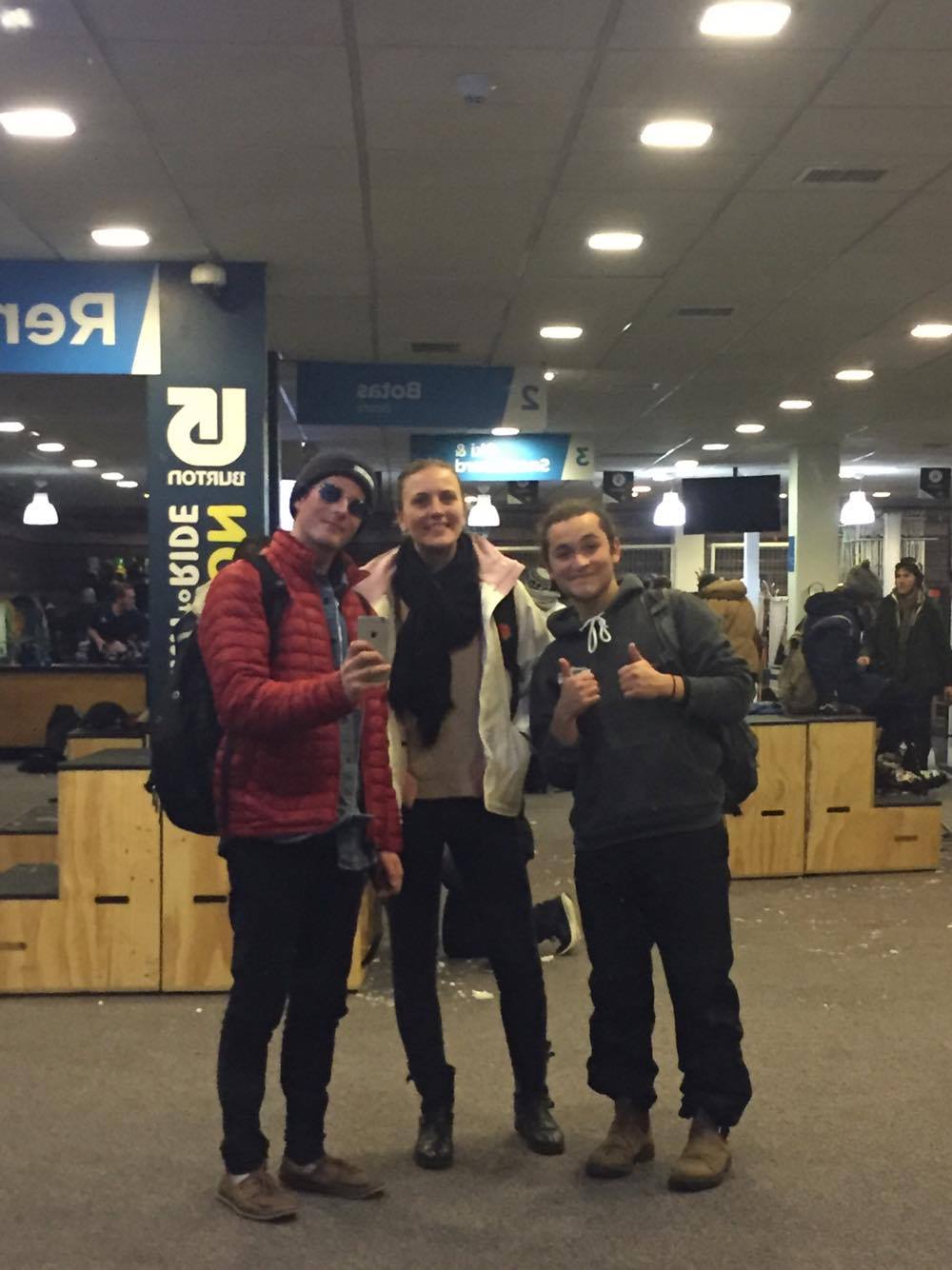 Here I am with Juliane and Isaac 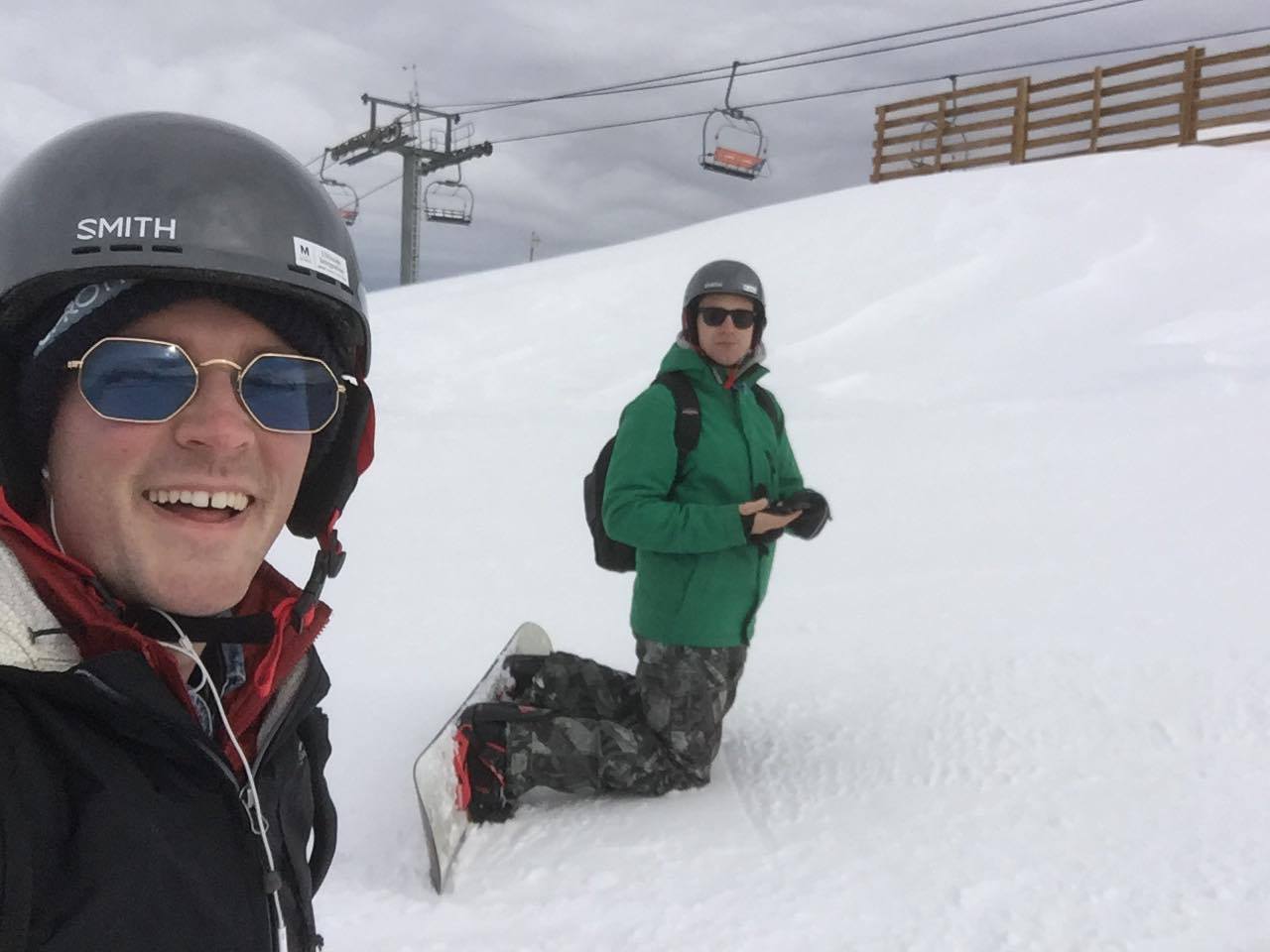 Jacob and I snowboarding.

Sadly, they too were leaving and once again I was looking for a new place to stay – both for the short and long run.

Isaac and Kevin, two Carleton schoolmates of mine, and one a former roommate, came to my rescue. Unlike Jacob and Juliane, Kevin and Isaac could not offer me a spare room to use, instead they offered me a roll-out bed that we placed directly in the living room. While I like to believe that we had a good week together and they enjoyed my company, I know that having me take up all their living space was difficult for them – even if they never said anything about it. See, their place is small, and with three people there, there was no escape from one another. Moreover, with me and my bed taking up the living room there was no free space to simply chill – it was a lot to ask my friends to give up. Instead, they just kept quiet and supported me as best they could while I tried to get a handle on everything going on.  Like I am for Jacob and Juliane, I am sincerely grateful and indebted for Kevin and Isaac’s help and hospitality.

My friends’ generosity resolved my short term problem, nonetheless, I was still trying to find a solution to what I was going to do come next semester. My search for new accommodations began by looking into the available apartments near and around the school. There are a few nice areas that were in good walking distance and fairly affluent as well. I had begun to picture myself having a fairly modern apartment with floor to ceiling windows, and most importantly, enough space to reciprocate the hospitality that others had shown me. I just so happened to find THE one! It was the apartment I had been hoping for! If standing in the flat, you would think that you were in a European city, and a nice one at that! With a park outside and a view of Cerro San Cristobal, the European designed apartment got better and better. My excitement soared, and I began to search for roommates by asking around the Second Semester Facebook group. Soon it seemed like something positive was developing. I had a few international students who expressed interest.

Without going too much into detail about why or how, the promising apartment hunt soon dissipated into nothing more than “what could have been.” Like that, my dream apartment was off the table and I was profusely scrambling to find some form of accommodation.

So where am I now?

I can happily say, with a deep sigh of relief, that everything worked out. Now, I’m living in a lively neighbourhood known as Bellavista. I share a house with 9 other foreigners, some studying – some working, all of whom are good fun! I moved in July 23rd and have yet (knock on wood) to have any real problems with the house. As it’s a student house, there are some obvious flaws: it’s normally dirty, everything is just a little older than you’d like, fridge and pantry space are scarce, the hot water tends to stop after 5 minutes…but I’m so relieved to be permanently (until December) somewhere that the slight imperfections I couldn’t be bothered. 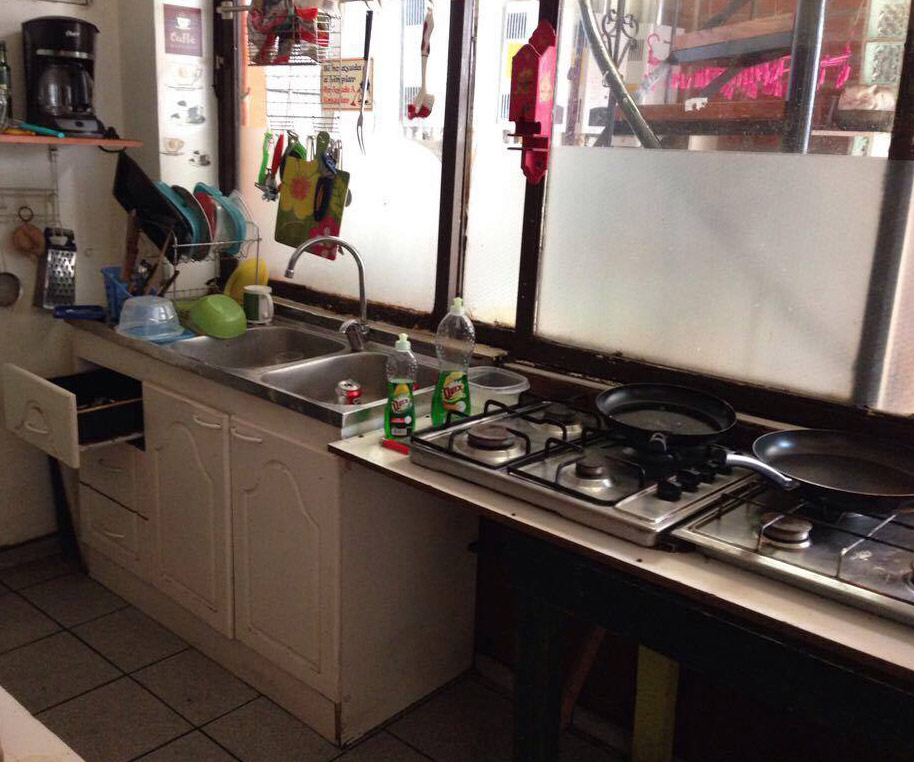 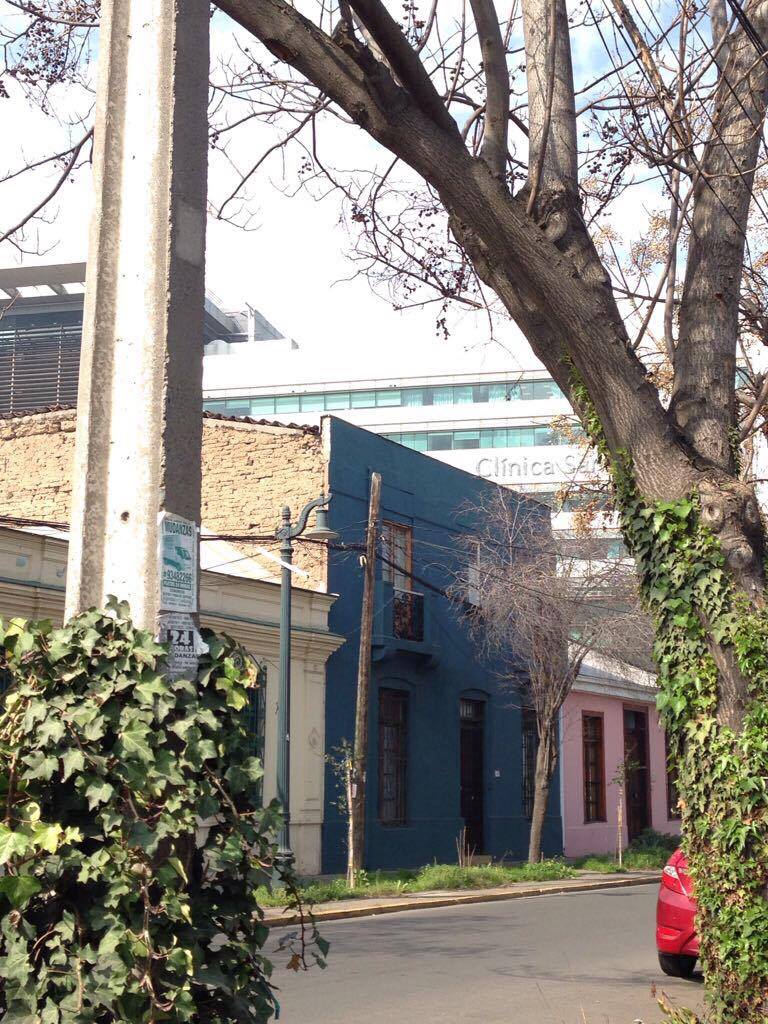 Like the title suggest June had been a roller-coaster of a month. 4 weeks and 4 houses. It’s been an experience that I’m sure I’ll be able to leverage in job interviews and life experience later in life. Likely, I will be thankful for it later, but for right now, I’m just glad June is over!